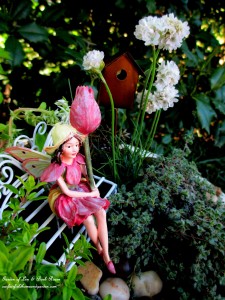 Tulip Fairy in her birdbath garden

Just in time for a Mother’s Day project, I found a cracked birdbath sitting in a neighbor’s curbside trash. I have been saving little bits of things to make some fairy gardens and this just plopped into my lap (actually the front passenger seat of my car).

Although it looks more extensive, this project took just forty-five minutes to put together, not including the heaving and hauling of the very heavy birdbath to and from the car!

Here’s what you need:

an old birdbath or planter of your choice with drainage holes

some stones, pebbles and potting soil

a fairy and some tiny garden accents

# 2  Add potting soil, mounding it in the center

# 3  Now add the plants,  leaving a little spot or two for your accents

So my secret is out ~ I am a trashpicker of the highest order! But didn’t we have fun? 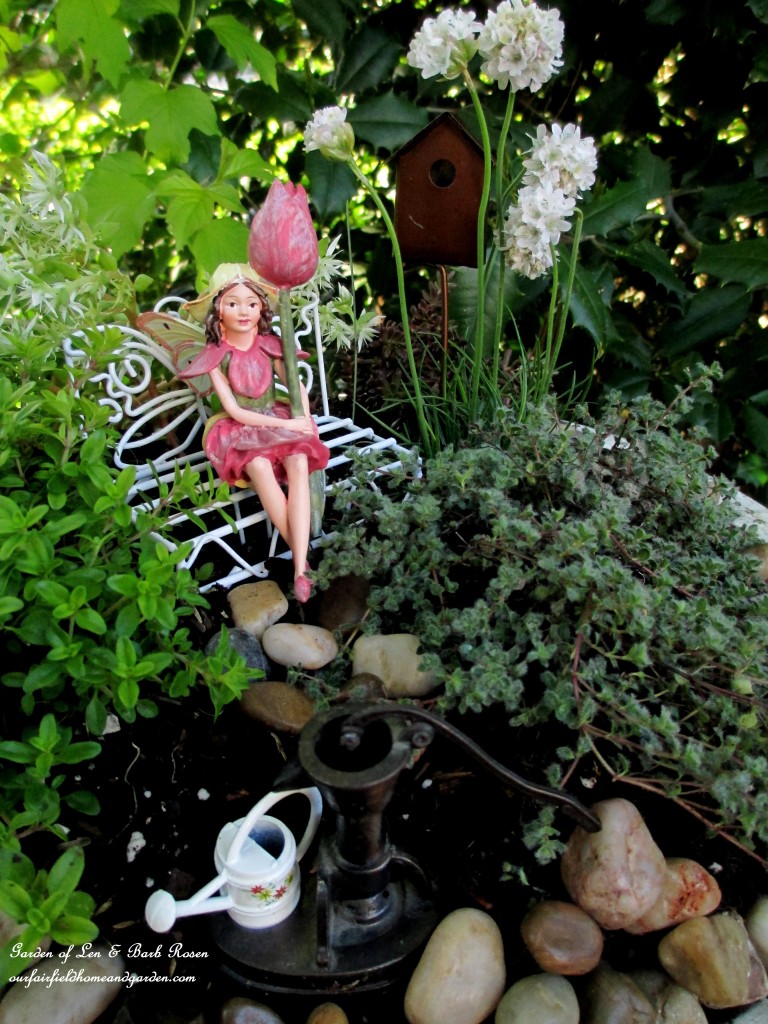 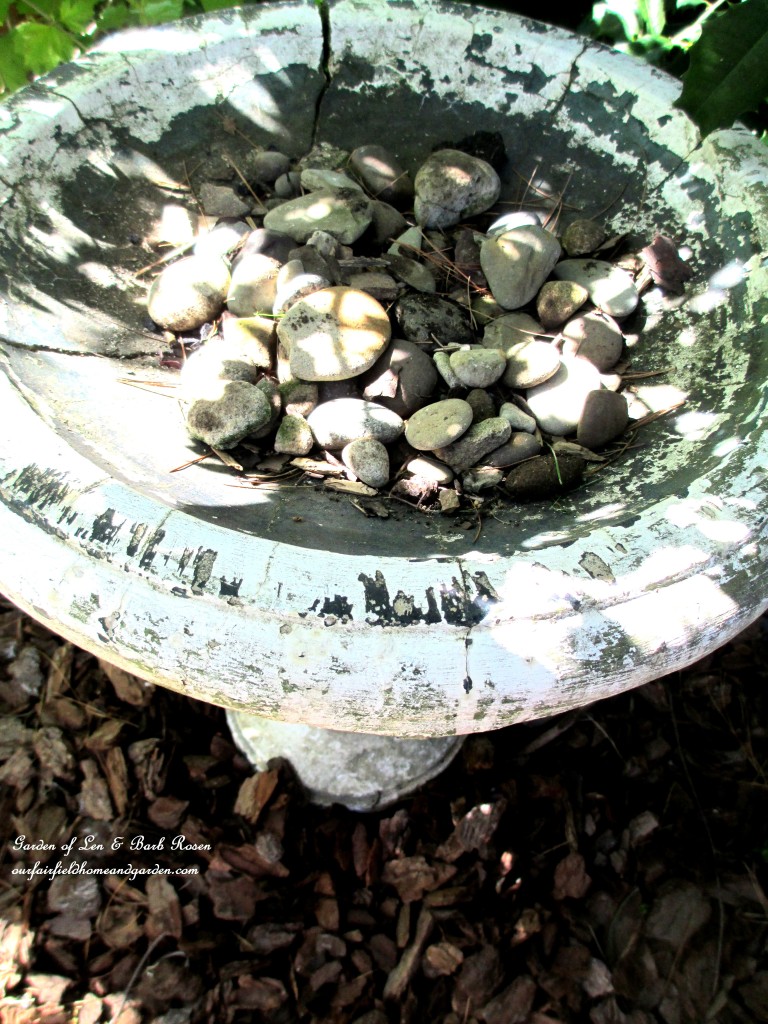 Even though the birdbath was cracked, I added stones for drainage. 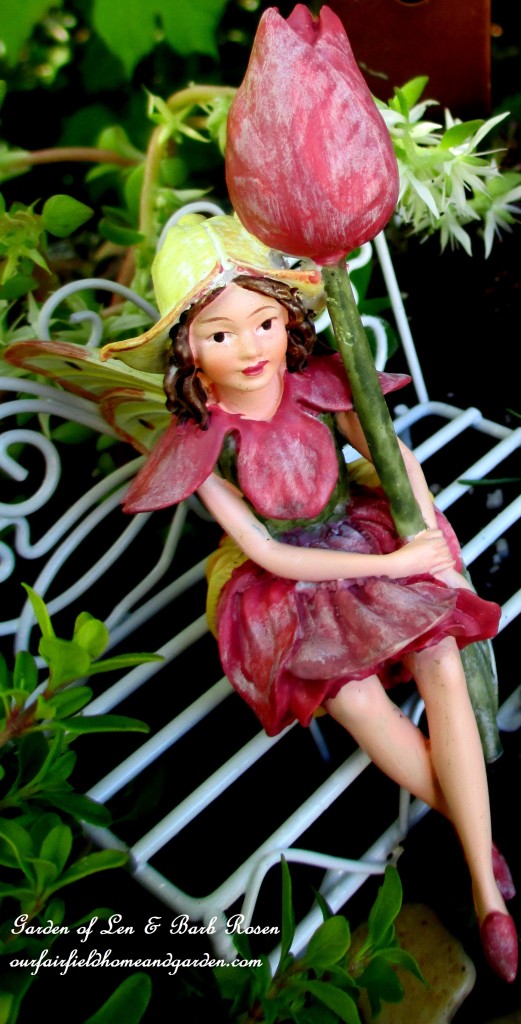 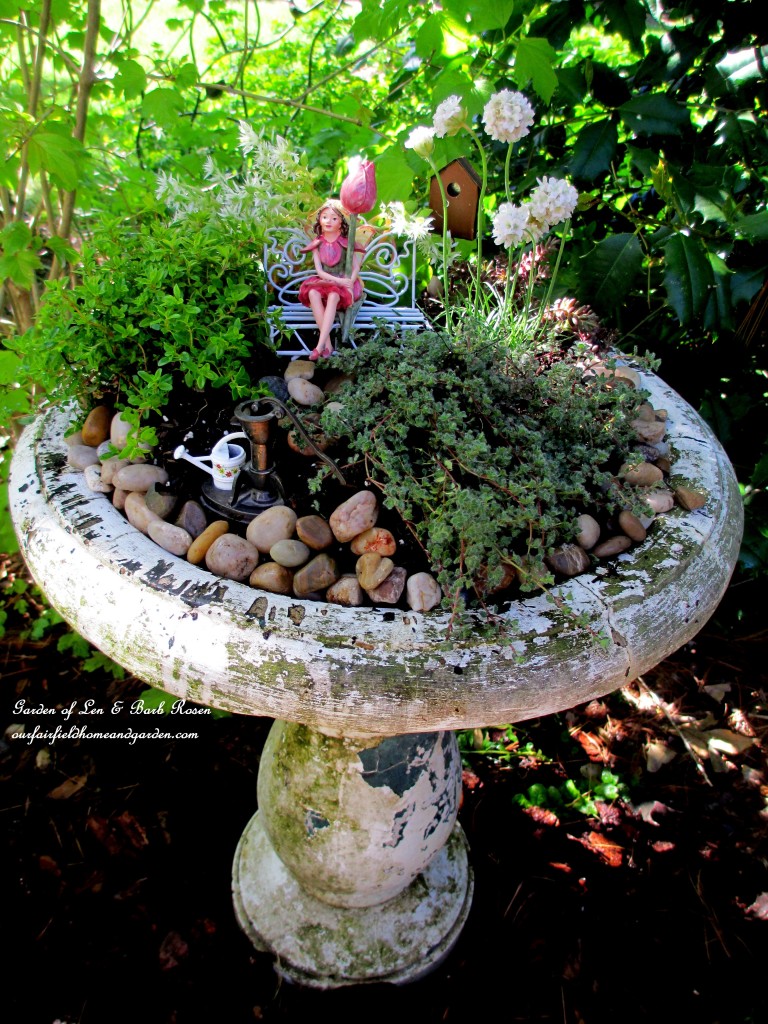