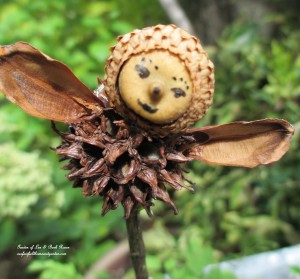 This morning as I was taking a stroll around the neighborhood and our yard, I gathered little bits of leaves, acorns, monkey balls, sticks and grasses.

Since buying fairies for my plants and garden is pretty pricey, I decided I would try my hand at making my own! Plus, the Arden Fair is next Saturday and I wanted something different to contribute to our Garden Gild’s booth. 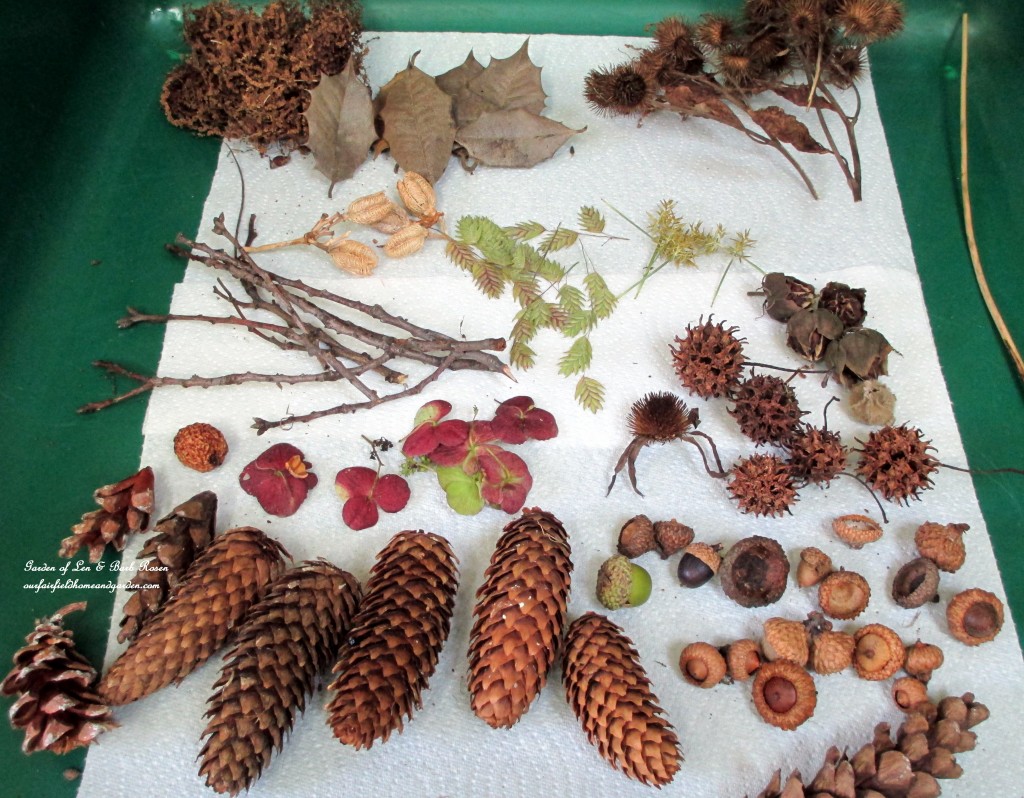 First, I decided to make a Pinecone Fairy and assembled the found materials and heated up my hot glue dipping pot. Then I drew a face on a wooden bead and let it dry. I glued the head on first, then placed little hydrangea petals around the neck area. Stick arms and holly leaf wings were attached next . Some grasses were the finishing touches of skirt and hair. Finally, a longer stick was glued to the back of the fairy ‘s body so I could use it as a plant “poke”. 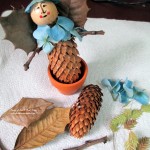 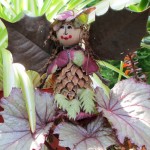 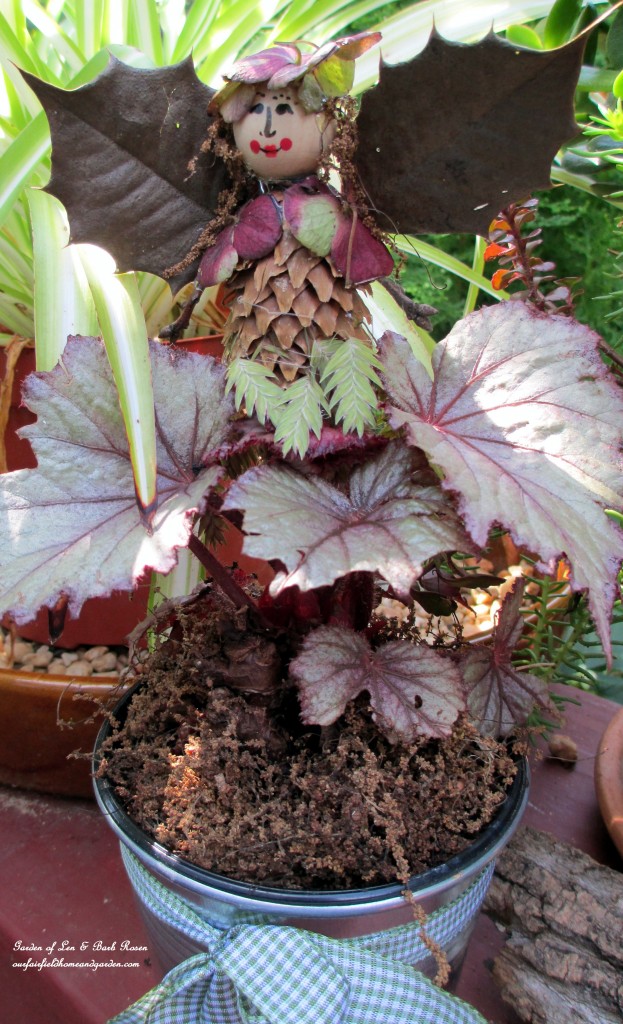 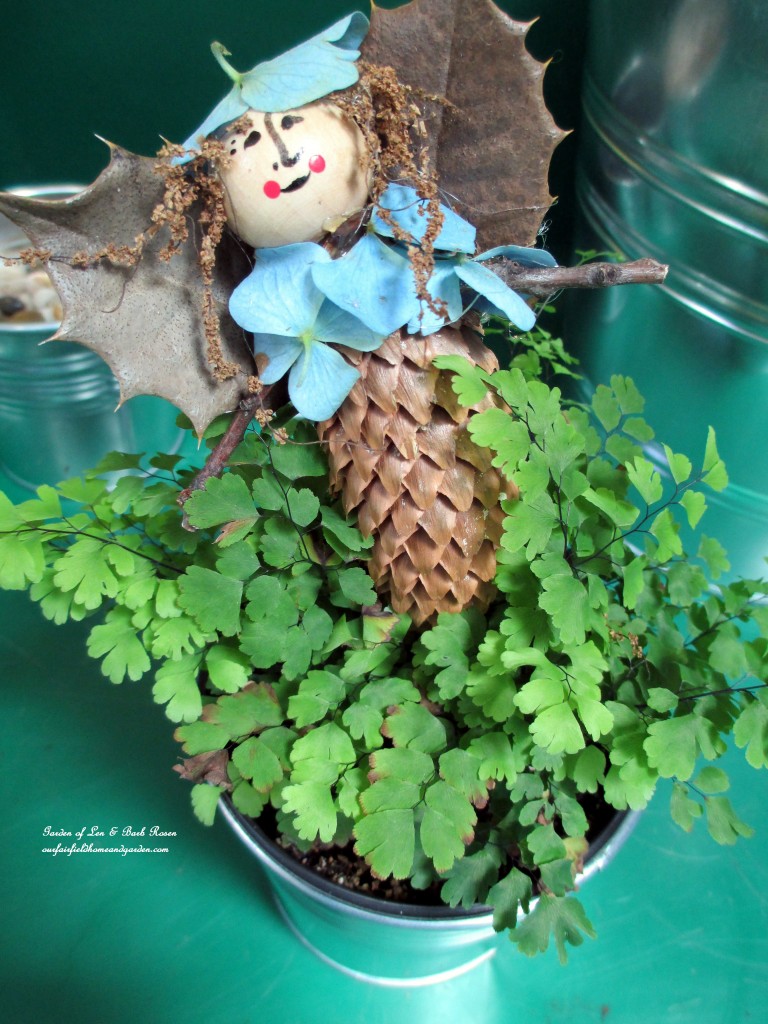 Now I was on a roll! I used monkey balls as the body and drew little faces on acorns, which became the fairy heads. Ginkgo leaves and disassembled pieces of a pine cone (scales) became wings. I ended up making three pine cone fairies and eight monkey ball fairies to poke into plants I was donating to the Arden Fair Garden Gild Booth.

All this project cost me was a few wooden beads, some hot glue and my time. Another of my “use what you have” ventures that I am very satisfied with! I hope you’ll also create fairies with found natural materials from your yard and have as much fun as I did this morning. 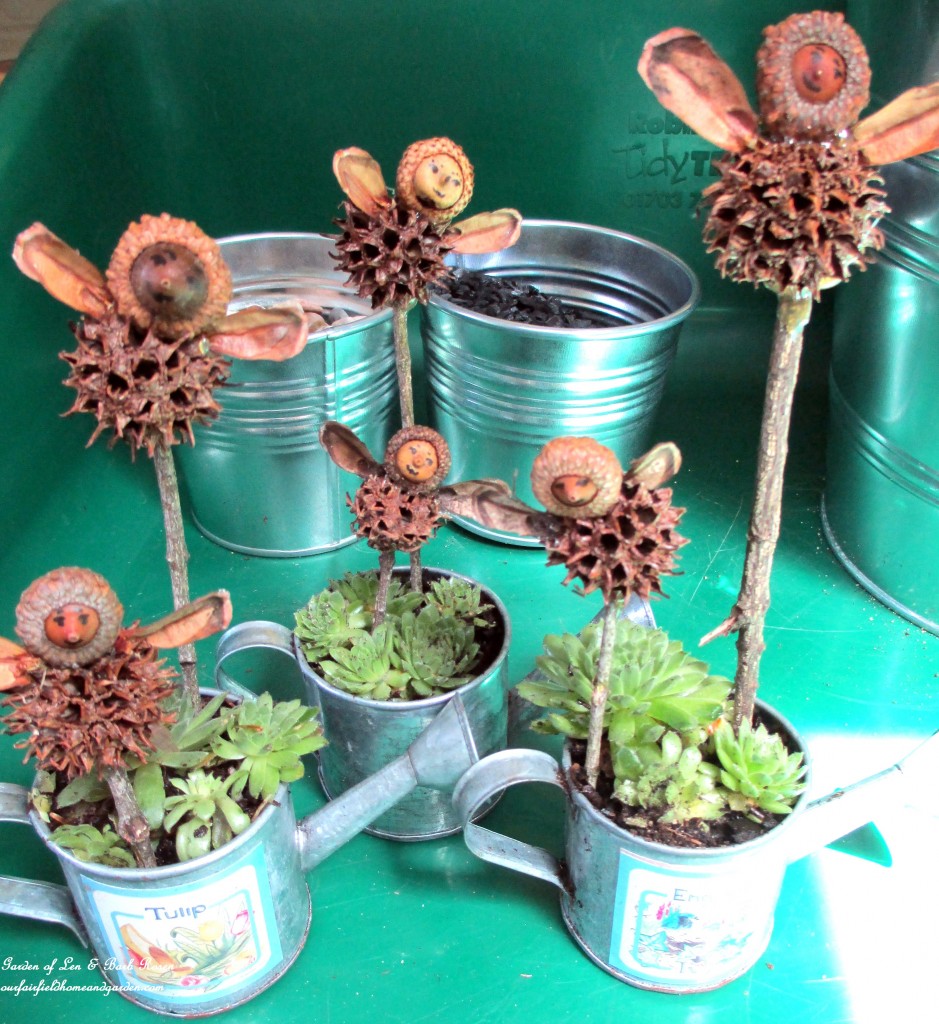 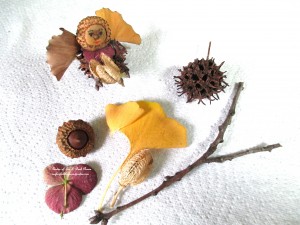 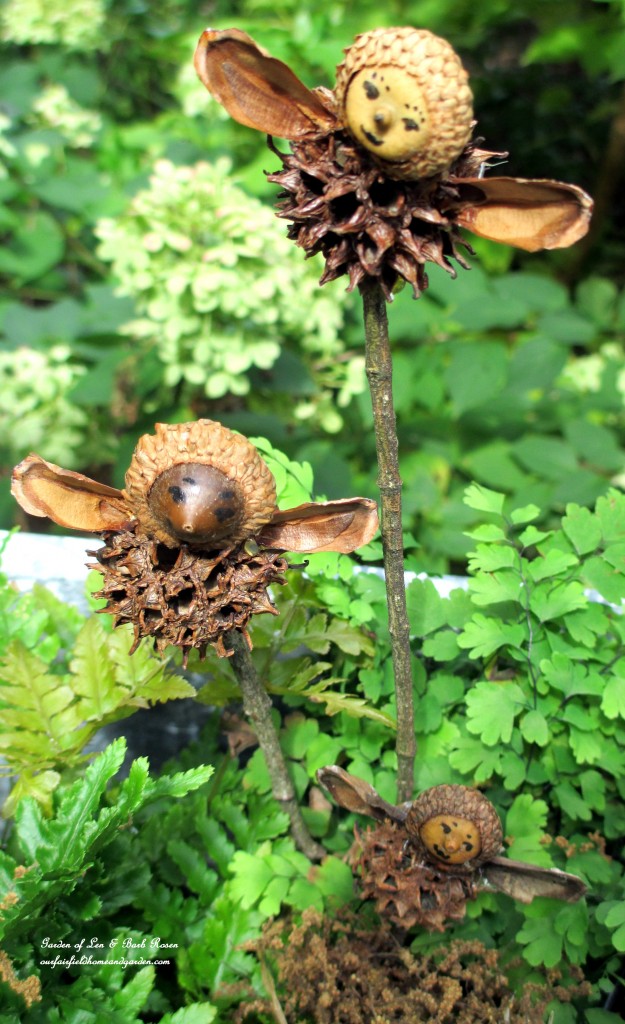 finished monkey ball fairies … I decided to make some extra ones just for me! 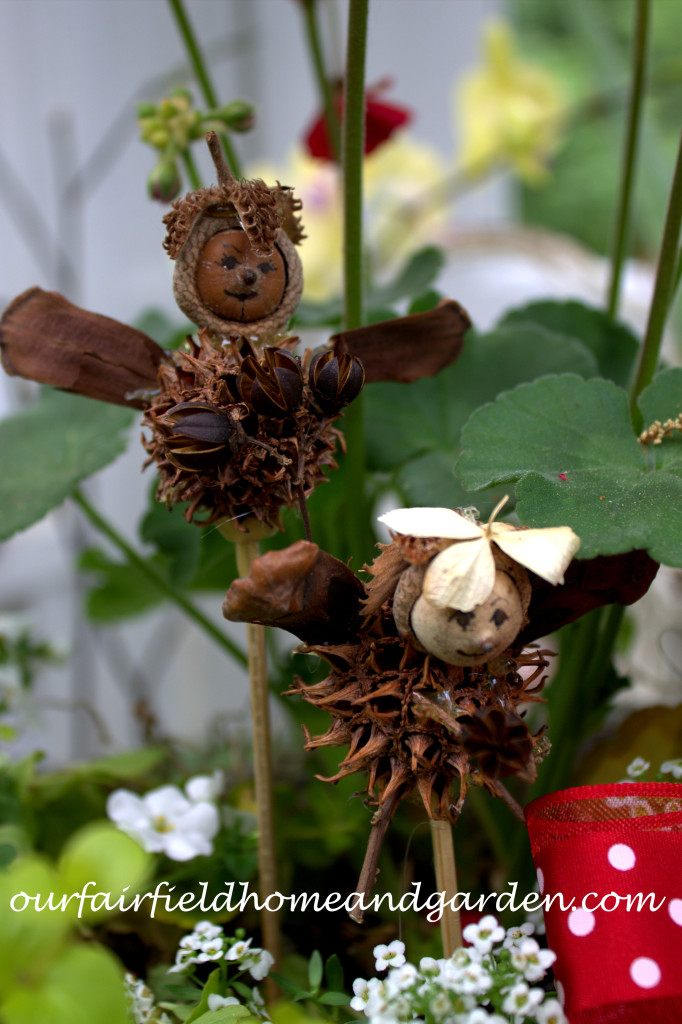