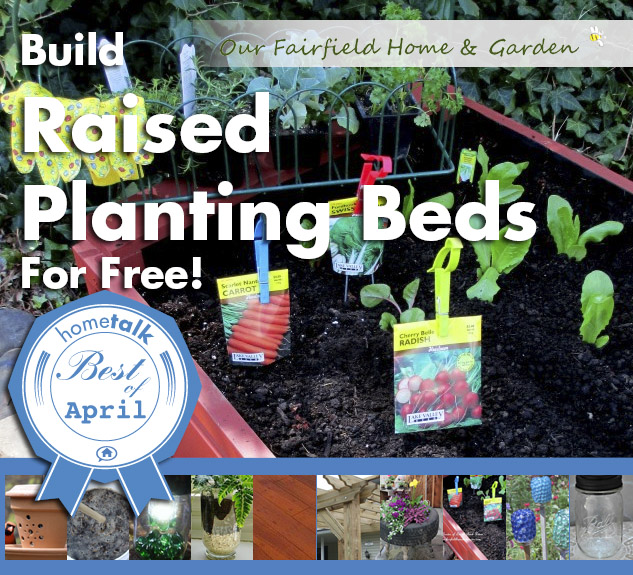 Who says you can’t get something for nothing? I just finished two raised beds made from my neighbor’s old shutters and odds and ends of  left over wood,  then painted them with surplus deck paint! ZERO COST!! For quite a while, I have admired all sorts of wonderful homemade and commercial raised beds seen on Pinterest and Hometalk. Because I couldn’t justify the cost of buying the lumber and didn’t want to tackle disassembling pallets, raised beds did not seem to be in my future. But then, our neighbors replaced their shutters and were nice enough to give them to me when I asked. They know by now that a repurposing project is about to get underway. You could do other configurations, but I used two shutters on each side and one-half a shutter for the ends. That used up all ten of the free shutters. Odds and ends of lumber stored in the garage rafters came down and became corner, end and middle supports. I even  had enough wood screws from another project to use for this one! After the building was complete, we lined the bottom of the raised beds with plastic mulch bags to keep the ivy at bay. Straw that had been in the flower beds and about eight wheelbarrow loads of weeds pulled from another neighbor’s lawn (and still full of great dirt!) went in next. Newspaper and cardboard from our recycling can followed, then a final layer of composted soil on top (about eight inches). Rummaging around in the basement, I found half a can of deck paint and gave both raised beds two coats. Finally it was time for the fun stuff: planting seeds and seedlings in my brand-new, free raised beds. One box is done now in cool crops: radishes, Swiss chard, carrots, cabbage, and several  kinds of lettuce. As the weather warms up, I’ll be adding more vegetables and a few flowers to keep it all pretty. 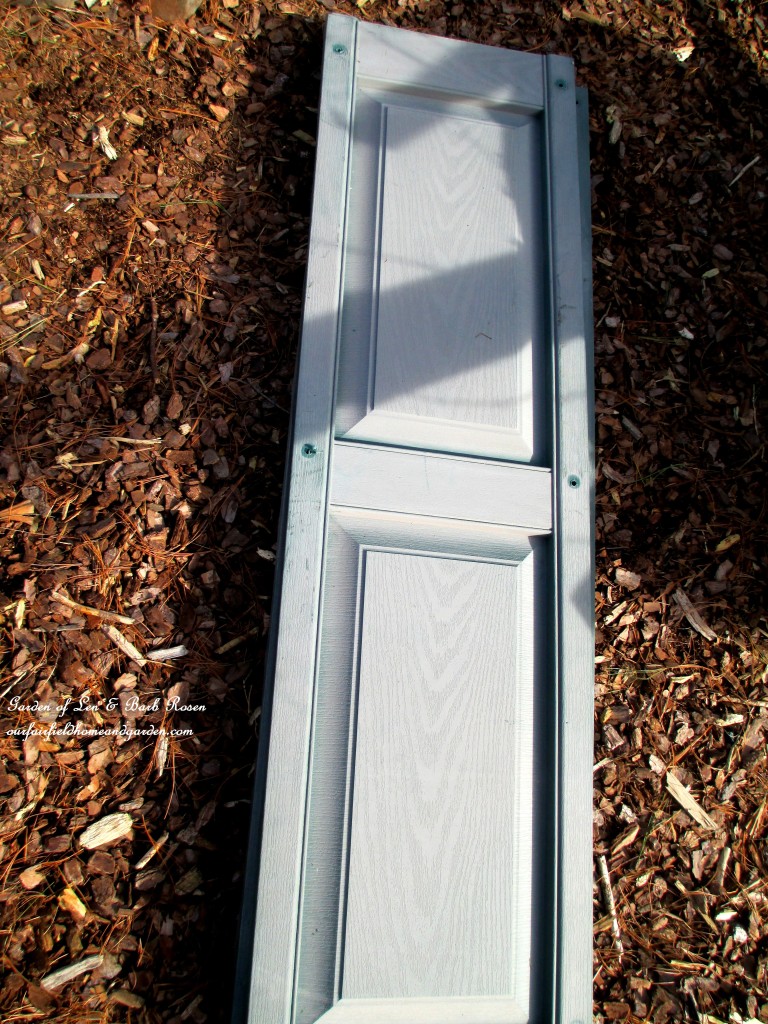 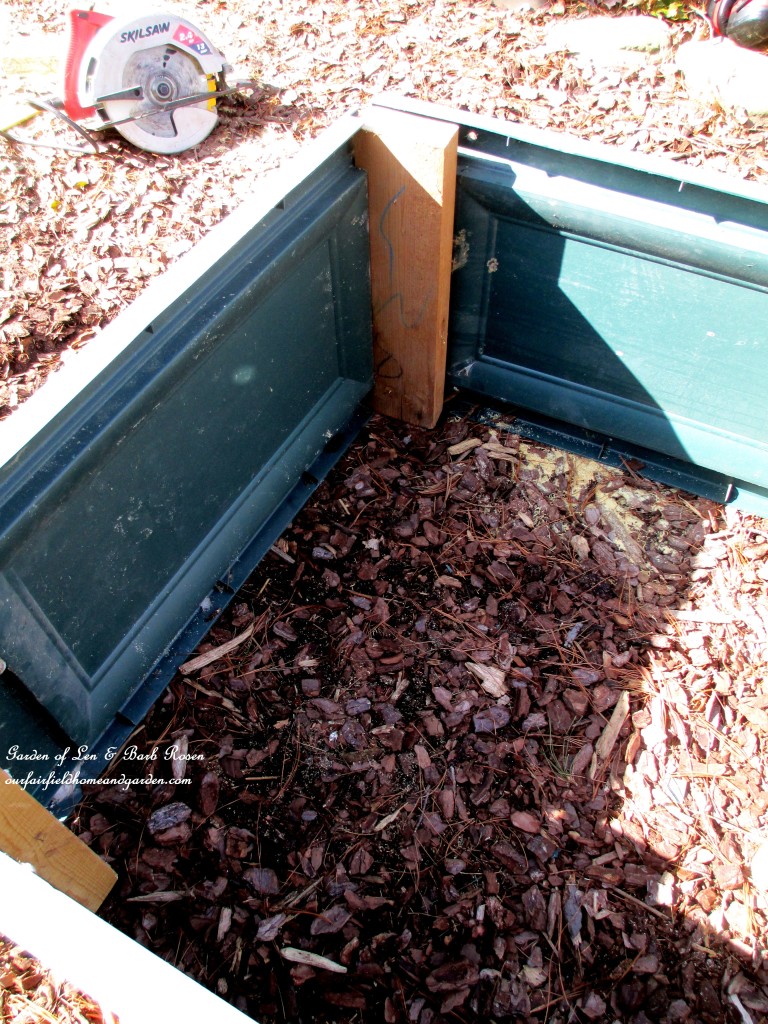 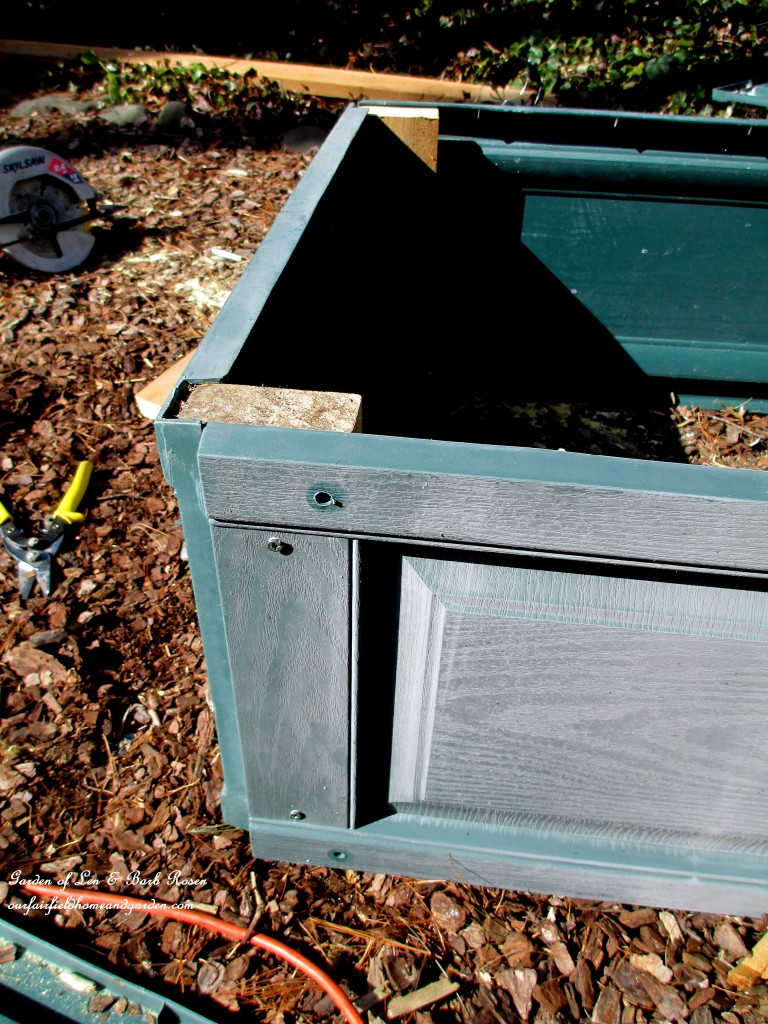 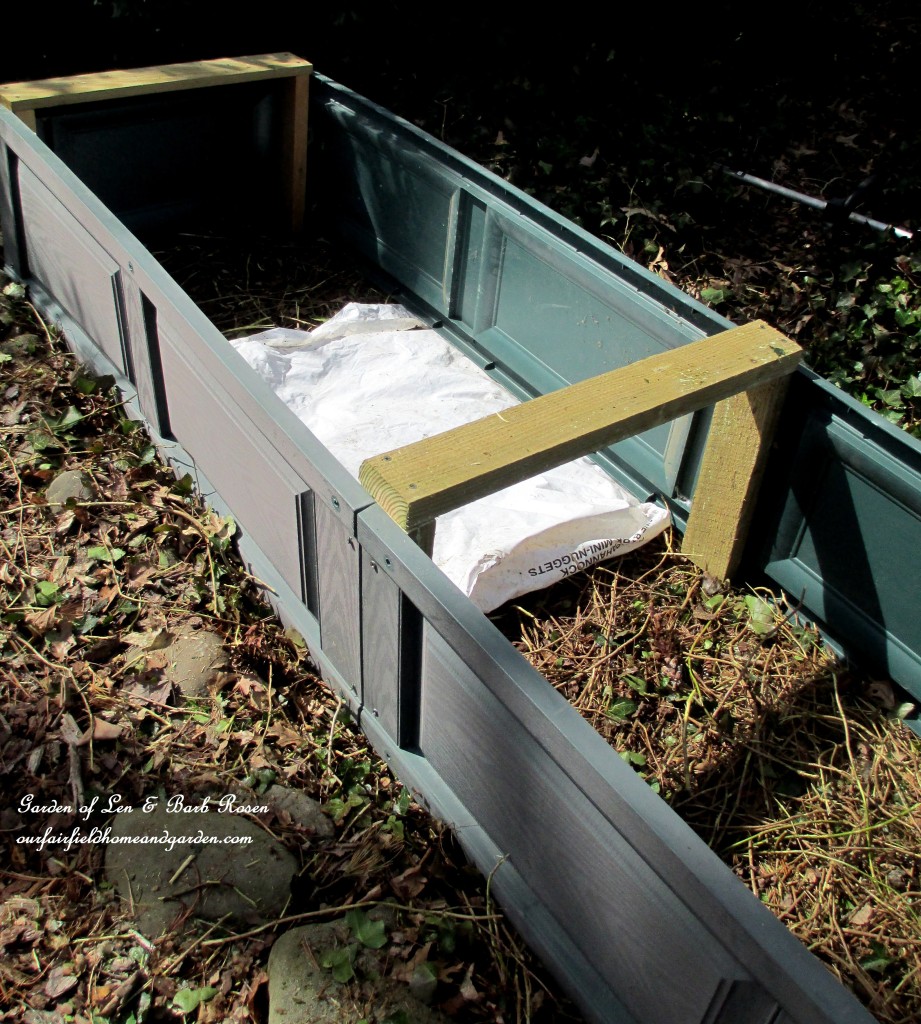 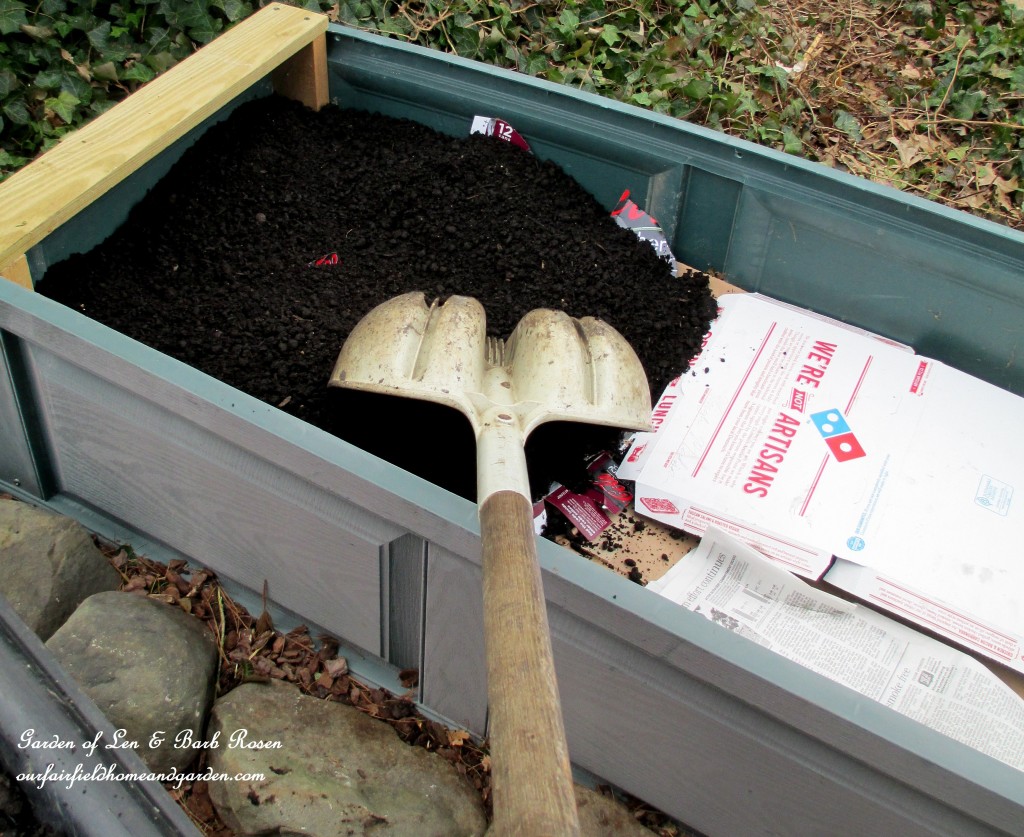 layers of straw, a neighbor’s weeds, newspaper and cardboard topped with good compost 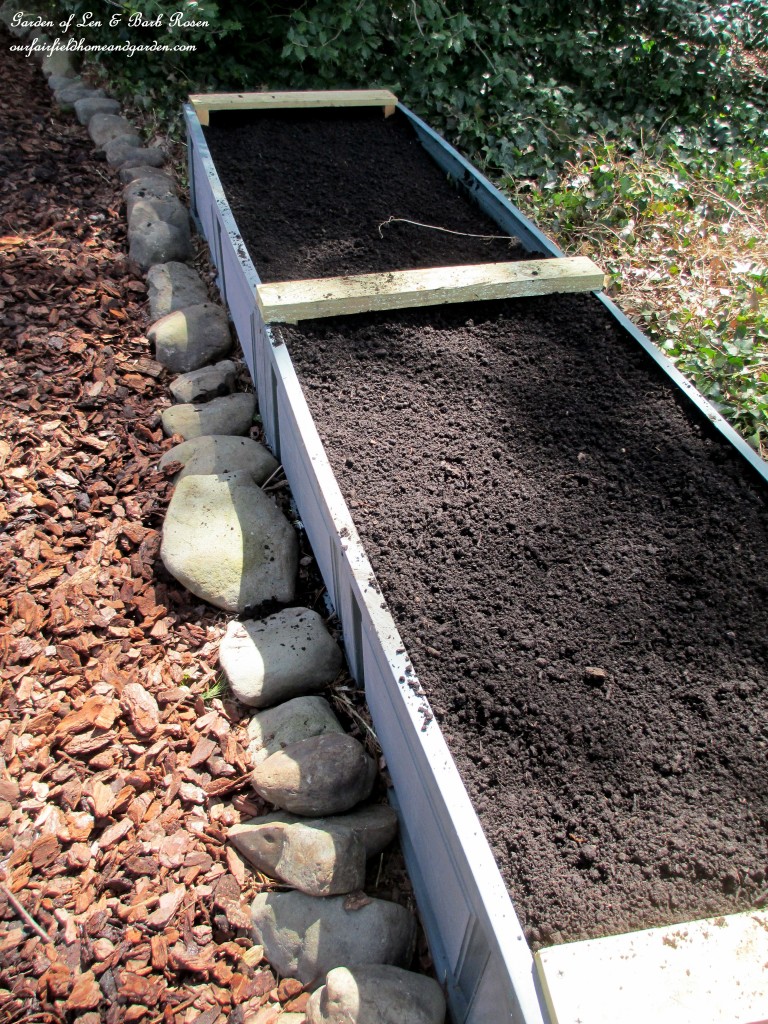 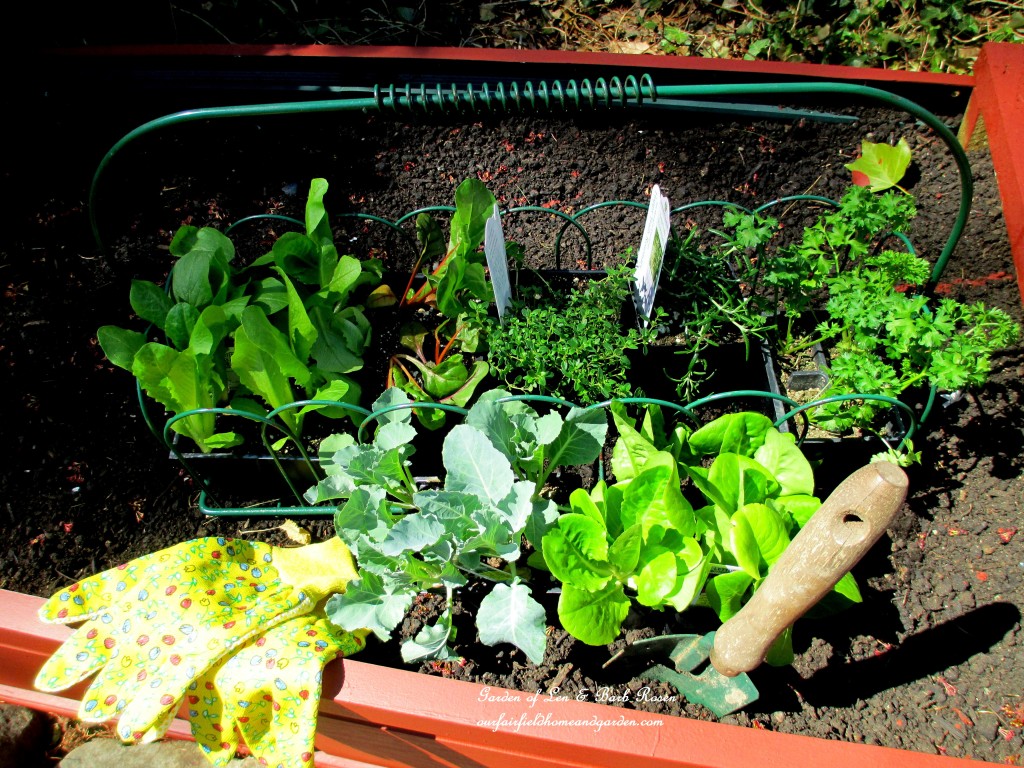 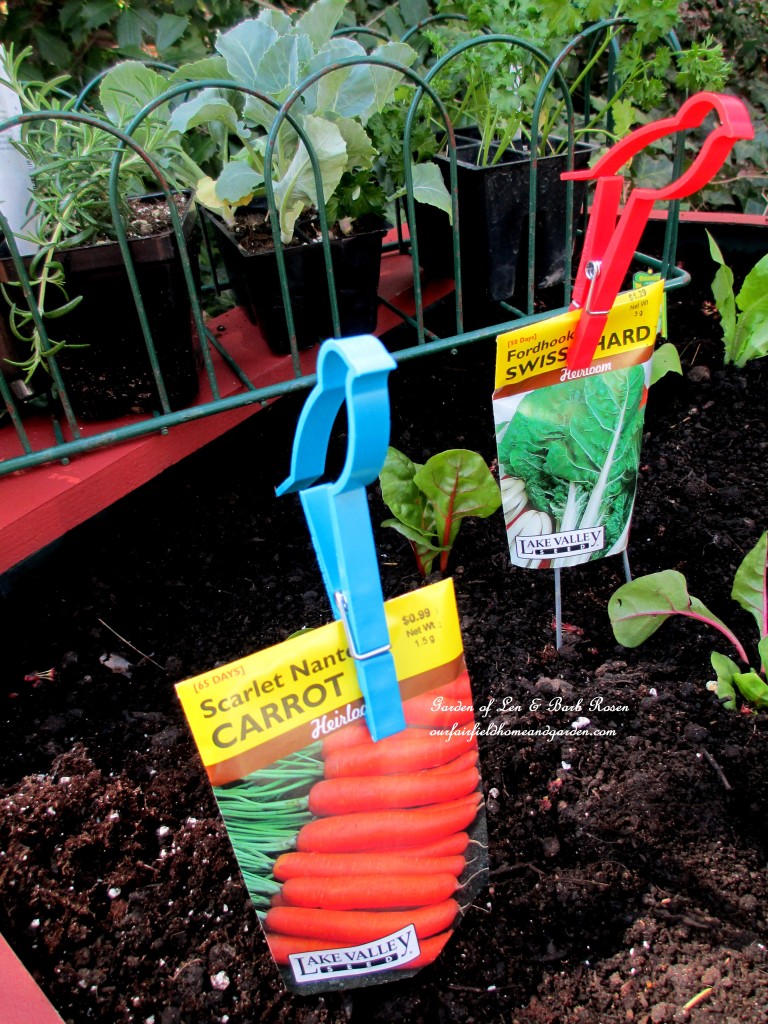 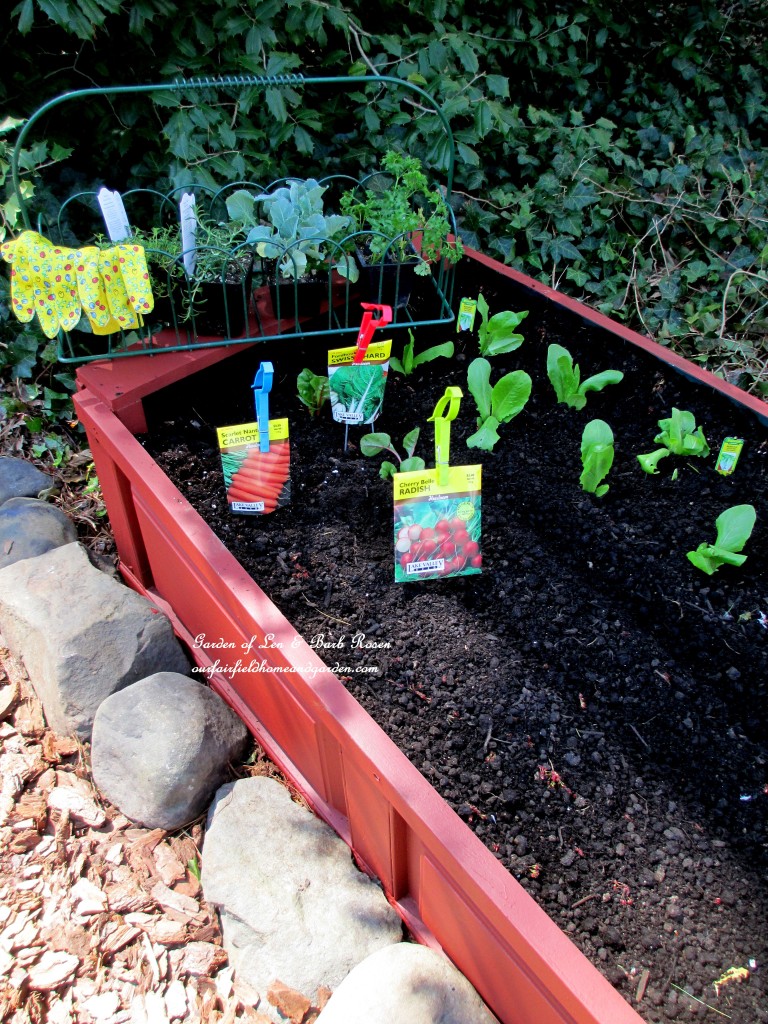