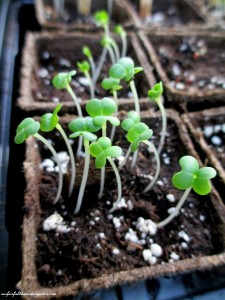 Since we all have the heebie-jeebies for spring around February, the Delaware Center for Horticulture recently held a seed-starting workshop to offer some relief. Early seed starting can take place in pots for later transplanting, in cold frames for early harvest or in the garden as soon as the ground can be worked. Our workshop focused on starting seeds indoors to get an early start in the garden.

Vegetable growing is a family affair for the Davis family. Alice Davis, an Urban Farm gardener and her brother-in-law, George Davis, vegetable gardener and blogger (visit his blog), worked together to give an overview and first experience to the workshop attendees. 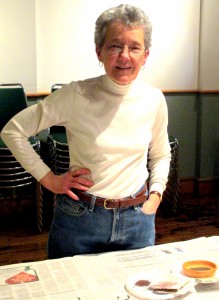 Alice Davis, an Urban Farm Gardener and presenter at The DCH 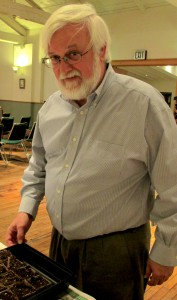 In their talk, they touched on many important details involved in seed starting. According to these experienced gardeners, choosing crops suitable for early planting is the first step to success. Some recommendations were: spinach, cold hardy lettuces, bok choy, peas, kale and mustard. Alice Davis said a rule of thumb is that the earliest crops are grown for their leaves , but to always check on the seed packet for “cold tolerant”. George prefers seeds from Fedco Seeds, a seed co-op in Maine and Territorial Seed Company. Keeping the new seedlings in a cool, sunny room (40 to 50 degrees F) is ideal so the new plants don’t become leggy and are already adjusted to cooler temperatures when they are set outside. He explained that many of us “shock” a greenhouse plant when we set it outside in cooler temperatures without hardening it off first. This cool growing environment makes for stronger plants.

George does a lot of cold frame gardening and is still harvesting greens in February that were planted in August! He explained that adding a layer of protection adds a zone and a half to a plant’s hardiness. He suggested using double-paned glass or repurposing shower doors on cold frames that are angled so that the back of the box is 6 to 8 inches higher than the front. This is to catch as much of the light as possible without casting a shadow from the box itself. It is also important to plan for ventilation so the new plants don’t become overheated on warm days under the glass.

Alice revealed that the magic number of daylight for plant growth is 10 hours. Because of this, November through January, we should wait on sowing new seeds, but February, with its longer days, is the right time to start “cut and come again” greens. She and George spoke about paper towel germination to improve productivity and check seed viability. The steps for this germination technique and growing in cold frames are detailed on George’s blog.

Peat pots, plant trays, potting mix and seeds are all you need!

An assortment of cold hardy plant seeds ready to plant. 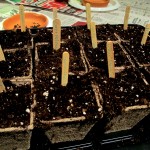 A wonderful assortment of cold tolerant plant seeds, peat pots, tray and potting mix were provided, and we all enjoyed making our selections and planting. In only three days, the seeds I had planted began to emerge and will soon be ready to be separated into trays. I don’t have cold frames yet, so I am going to experiment with substituting opaque plastic storage bins with some holes drilled for ventilation.

So, thanks to George and Alice and the DCH, spring has sprung here at Our Fairfield Home and Garden! 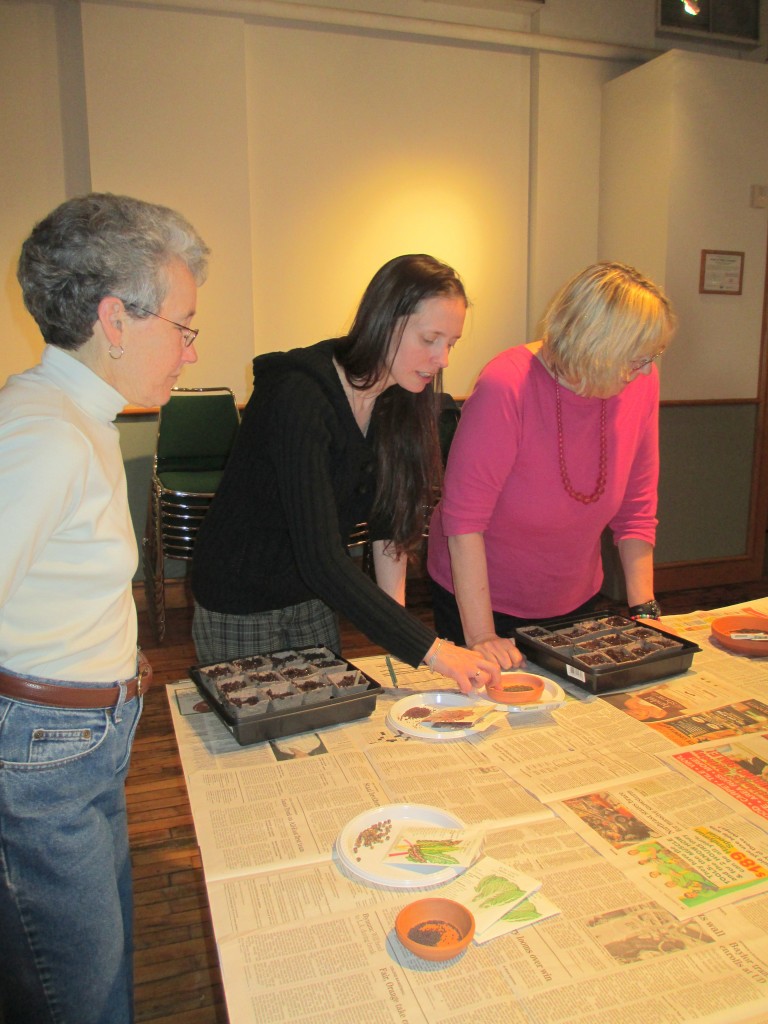 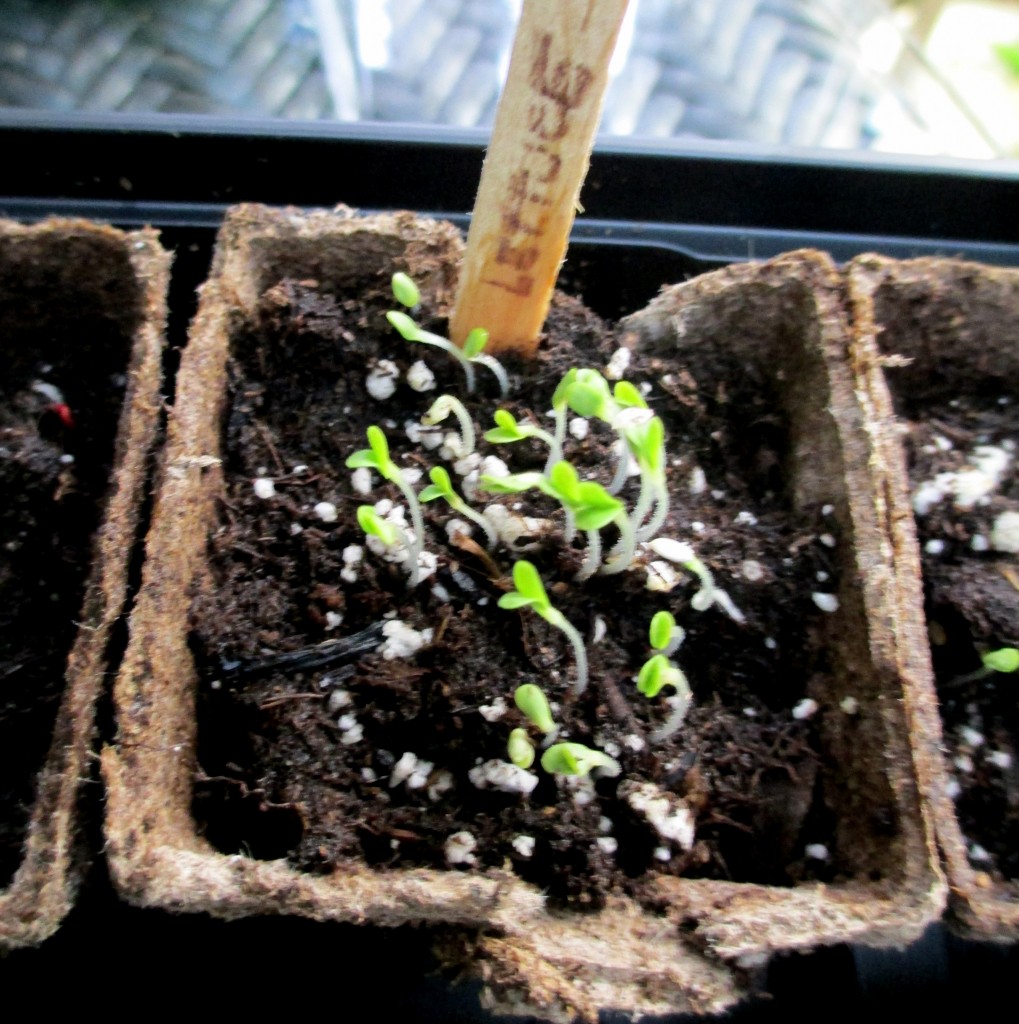 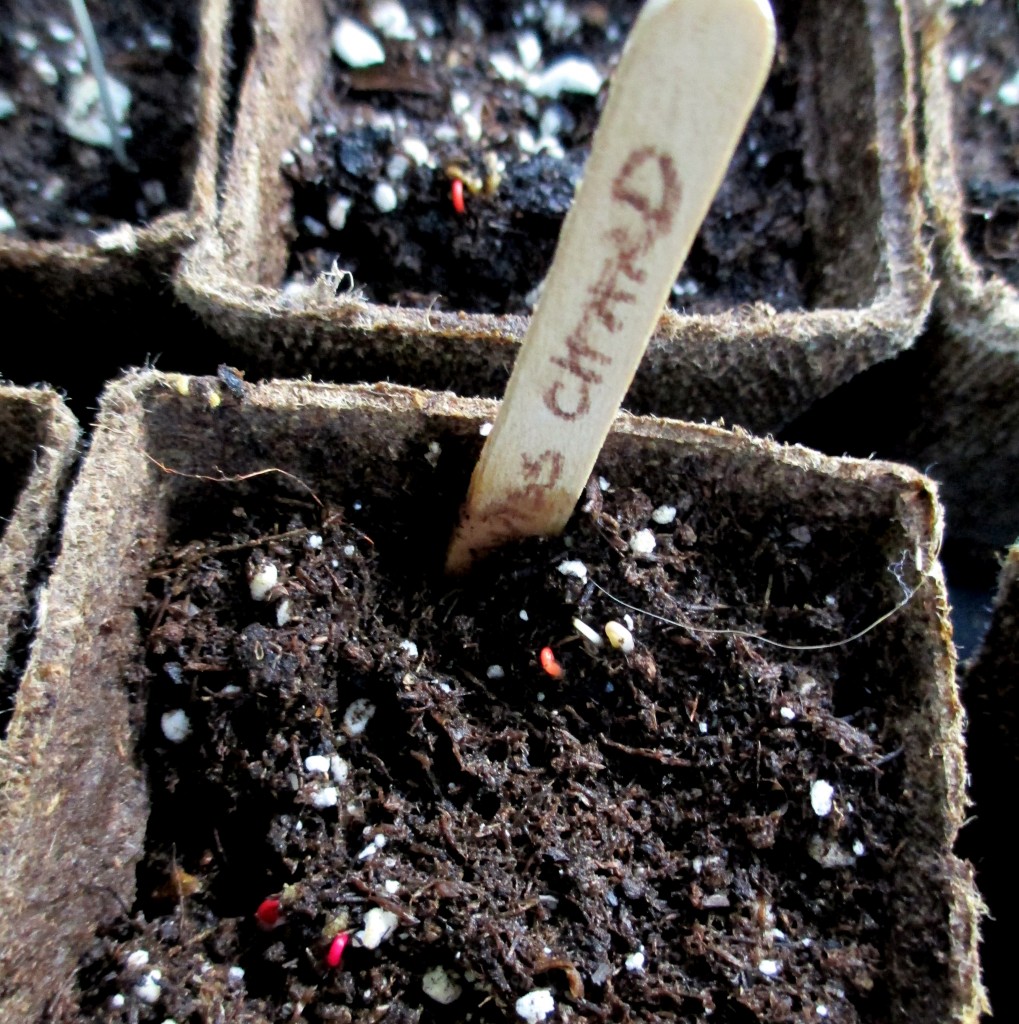